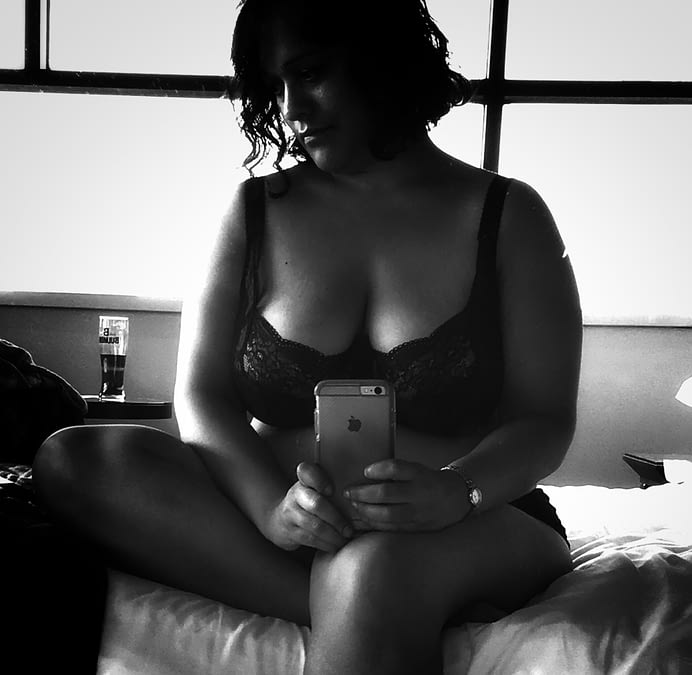 I’m sexually attracted to women as well as men. Not every woman of course – I’d never get anything done if I had that much distraction – but there have always been women who make my pulse skip and my mouth water, women who I fantasise about (usually being very, very cruel to me), women at whom I could gaze in wistful admiration for hours if that weren’t a creepy thing to do.

Gay lady sex is something I haven’t done for many, many years, having been in a series of monogamous long-term relationships with men for the intervening time. Circumstance, then, has diverted me. But other reasons too. Reasons like; being inept at distinguishing hero-worship from emotional attraction, like being ten million times more afraid of rejection, or derision from another woman than I would be from a man. Like maybe having had little experience of being with women beyond the reckless, intoxicated, slutfest of my hedonistic youth, and feeling awkward about my inexpertise. Like only ever having had vanilla sex with women, when vanilla sex is something I have a very difficult relationship with anyway. Things that make me overlook or overestimate the signs of attraction, become tongue-tied or flustered when they are brought to my attention, things that make me incompetent and unconfident.

Also, other women are scary. They can be so mean. And even when they’re being nice, they make me feel inadequate. All my life I’ve felt like I measure up poorly compared to the women around me – my female relatives are glamorous, unfeasibly good-looking, vivacious, socially at-ease. My female school friends were mostly prettier and smarter than me…or at least; better adjusted and with a firmer grip on reality. Everywhere I look, I see women who work out and keep themselves in shape, eat salads, cope with work, keep their houses tidy, organise themselves (and often their menfolk too); and some small part of me is not sure whether I want to emulate them, drag them down to my level or hide from them to avoid potential comparisons.

I’m unlikely to have the chance to explore this side of my sexuality, being in a monogamous het relationship, and regretfully acknowledging that I lack the emotional maturity, let alone organisational skills, for any form of non-monogamy. The Fella and I haven’t ruled out the possibility that some time in the future we might think about a MFF threesome, but we’re not at the point of being ready for that right now. I’m half-wistful, half-relieved because even though there are many women who I consider to be as hot as hell (a very small subset of whom may even find me similarly to their taste), I’m also secretly terrified of you all. 9 thoughts on “Other Women”