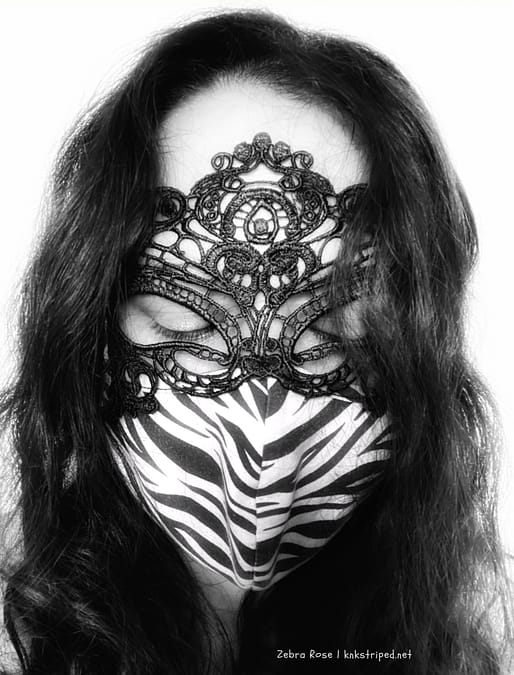 My 2022 challenge is to work towards authentic sexual intimacy without relying on masking (autistic, not face-covering).

This is scary AF but also worthwhile. For twenty-eight years, ‘put on a good show’ has mostly eclipsed ‘be in the moment’. I don’t have Reasons for this any more.

What is autistic masking?

It’s a psychological safety mechanism made up of complex layers of physical, emotional and social actions which an Autistic person is driven to use to self-protect and project an acceptable version of who they are

I’m in my 40s, I have my diagnosis, and the freedom to do a bit of fucking around and finding out. Seems rude not to take the chance!

Where to even start?!

I guess step one is to have a hard think about how important it is for me to take the time to look into myself and recognise what’s going on in there, instead of grabbing for the most amenable-seeming script and performing it convincingly. This is kind of terrifying for two reasons – one is that the whole point of masking is to protect oneself from neurotypical reactions to neurodivergent behaviours. Those reactions are often disapproving, judgey, sometimes downright hostile; reflexive masking is an adaptation to trauma (*waves ‘hi’ to rejection sensitivity*) and a protective measure. For me, masking has always been about policing myself, because I thought I was a monster. Now I know I’m not, I can ease up a bit – but not get so wrapped up in authenticity that I neglect to behave in considerate and ethical ways. I worry that not masking will make me less fun for my partners – see?! I’m so conditioned to put others’ satisfaction ahead of my own that it feels rude to even contemplate doing otherwise!

The other reason is that trying to untangle my subby & masochistic sexuality, from my desperate need to be accepted & approved of; which is gonna be tricky. I doubt there’s a clear, definitive border between them, they’ve developed together and are firmly entwined, but maybe I can at least teach myself to indulge the former without being subservient to the latter.

I’m not good at giving and receiving attention simultaneously. I can focus on one or the other, but not both. If I’m on the receiving end, I kind of need to tune out everything else in order to experience the physical sensations being bestowed on me. That can come across as unresponsive (and by inference; unappreciative). (Consensually) imposed passivity has been my antidote so far; if I literally can’t move or see or speak, then I can’t get distracted by whether I’m ‘doing it’ right (yeah, I know there’s no single ‘right’ or ‘correct’ way to be sexy, of course I know this. My cunt knows it better than my brain, though).

Probably the key to this is going to be taking it at a deliberate, measured pace, which is okay with me because I (mostly) prefer slow and intense to fast and furious, despite my wanking habits being very much in the latter camp – that’s because I’m greedy and impatient, and don’t need to communicate with anyone but myself.

This site uses Akismet to reduce spam. Learn how your comment data is processed.