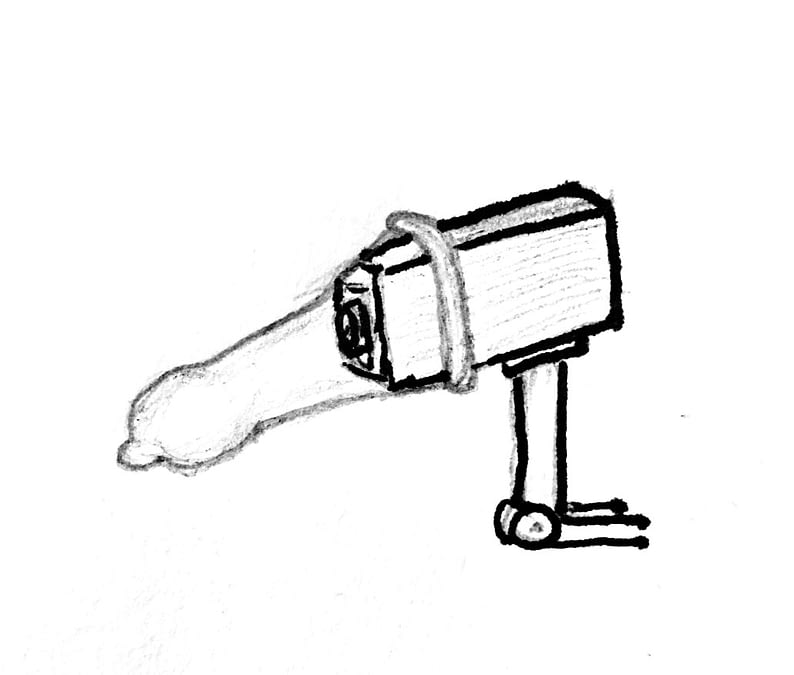 In which I delve into the privacy information for WeWibe’s ‘We-Connect’ app, for fun

Now, I can’t guarantee that this will be a regular thing, but since I seem to be struggling to write smut at the moment, I might as well do something useful with all my writer’s block frustration, and writing about the topic of digital privacy is something I don’t need my creative mojo for, because I’m an unrepentant nerd.

I’m going to get the red pen out and start critiquing smart sex-toy companies’ privacy policies. Data about your sexual activity is about as sensitive and confidential as it gets (‘confidential’ doesn’t mean ‘must be kept secret’ here, but rather ‘you should have exclusive control over who gets to know it’). Unfortunately we still live in a world which has a negative and harmful attitude to sex, which means that data about sex is more often weaponised against people than it is used to empower and nurture them. So, in my opinion; sex toy manufacturers whose products generate or collect digital information about product users should be extra-careful about safeguarding digital privacy and security when it comes to their products.

A tweet from an information security researcher to WeVibe caught my eye this week – saying that the tweeter had been trying to get in touch for a while about a security problem with their app, but hadn’t had any response. Now, you may recall that WeVibe has been caught out being bad at data security and privacy before, so you’d think they’d be on top of this sort of thing. I hope they sort it out quickly, and I’ll be uninstalling their app (after this review) until I hear that they have.

Security red flags are often an indicator of privacy red flags, because where one has been overlooked, you can bet the other was as well. Based on this theory, I decided to torture myself have a look at WeVibe’s app privacy information to see if that were the case.

I’m looking at this through the lens of European culture and privacy law, because that’s what I know – this isn’t a compliance audit though, it’s my personal opinion on whether WeVibe meets MY minimum standards for privacy (which are based on my knowledge of the data economy, the GDPR and my personal code of ethics. YMMV.)

My bare minimum standards are as follows:

Disclaimer: This isn’t a technical security review, legal advice or a professional service. I’m doing it because I’m a nerd; make your own informed, risk-based decisions as you please.

(The app allows WeVibe toys to be controlled from a mobile device, and for partners to share control of a toy even if one isn’t physically present)

First of all, you can only see the app privacy policy by installing the app. It’s not available on the We-Vibe website – or at least; if it is, it’s not easy to find. This earns a disapproving expression – I want to make an informed decision about whether the app is even safe to put on my phone at all. (Most people assume that apps are routinely tested for privacy strength and security flaws, but actually it’s vanishingly rare for this happen – even if security gets tested, privacy almost never is). (The website privacy policy, by the way, is an absolute horror show – do make sure you have tracker protection if you visit it, and clear your cookies afterwards)

What’s not so good:

I give this privacy policy a ‘C‘ grade, based on my personal criteria – however, judging by what I have seen of other smart toy apps, this is actually one of the higher-quality attempts in existence. Which is a bit terrifying.

What WeVibe could do better:

If you are a sex toy reviewer and you’d like me to take a look at a privacy policy for your review, then I’m open to negotiations…

*Warning! These things are not the same! Privacy is about upholding human rights and a degree of personal autonomy, where as security is about protecting stuff. There’s an overlap, but it’s smaller than you might think