Thoughts on my Smut Marathon experience so far, as the rankings phase closes and the knockout phase begins…

This year, I decided to enter the Smut Marathon- on the solemnly-promised premise that if it started stressing me out, I’d withdraw rather than let my head get into a bad place. I feel oddly guilty about having thoroughly enjoyed the whole thing so far, as though it’s not proper writing if it doesn’t take blood, sweat, tears and endurance to produce. I also feel like it’s perhaps a bit rude of me to be doing so well my first time out, but humility isn’t one of my more salient characteristics, so I’m not going to say I don’t think I deserve to be in the game still.

Having said that, I do keep reminding myself that it gets tougher and that I’ll need to keep an eye on my internal barometer so that when I am inevitably knocked out, it doesn’t fuck me up too hard.

I found the rounds with very low word limits to be massively difficult but also very good lessons. I like words, and I’ve never needed to be parsimonious with them in free-range writing. However, creating a specific scene or story with a tight word limit without sacrificing character or context has forced me to be more disciplined and less self-indulgent. A bit. Maybe.

I’ve forgotten where I saw it first, but the best piece of writing advice I’ve encountered is “Show, don’t tell”. To me this means removing the fourth wall between the story and the reader, letting the characters, setting and action speak for themselves without some muppet (me) getting in the way like an overzealous tour guide tediously reciting provenance and particulars in front of every exhibit. It means expressing action more through the characters’ experiences and responses, than through narration.

People’s tastes in literature vary greatly, and this is particularly evident in a smut-writing competition, where a story that is achingly arousing to one person may evoke no more than a ‘meh’ in another. This seems to be reflected in the results and the feedback; some readers can overlook technical (eg grammar or punctuation) errors, finding their enjoyment in the tale itself, others require the technicalities to be observed so that they can appreciate the piece. Everyone has a unique experience of sexuality, their own particular combination of likes, dislikes, kinks, triggers, memories, fantasies and preferences; no single scene or story will appeal equally and universally. This is helpful to bear in mind when reading feedback; don’t take any single perspective as authoritative, it’s one person’s view.

Obviously critical comments are difficult to deal with. I’ve kicked myself for technical errors and sloppy proof-reading – although proofreading one’s own work accurately is so hard, the brain sees mostly what it expects to see. I’ve suddenly spotted typos in stories I’d published a year earlier – obviously they’ve been there all the time but it’s the first time I’ve seen them despite looking right at them dozens of times since. Taking constructive criticism as kindly advice rather than a telling-off or an attack is something I struggle with in all areas of my life; it takes conscious effort to cool off, contemplate and evaluate criticism dispassionately. It’s ok to simply disagree without rancour. Mostly, I’ve agreed with the critical comments on my – and others’ – work, but not always.

I have, of course, heartily agreed with all of my positive feedback. (Like I say; humility doesn’t come naturally to me). I am nonetheless extremely grateful to the people who have said nice things about my writing. Leaving feedback is a big job when there are so many participants so a big THANK YOU! to those people who are able to do so. I’ve selfishly been conserving my energies and writing muscles for my day job and my own writing – this is my apology for not having contributed much in the way of feedback so far. There’s some absolutely magnificent stuff being produced in this competition. When I’m inevitably knocked out, hopefully I’ll be able to get over my disappointment, and participate more actively as an observer.

Huge thanks and appreciation to Marie Rebelle, for her incredible work as orchestrator of the whole thing, to the jury for their time and insight, and to the sponsors, for their support and generosity. Good luck to my fellow writers!

See you all in the next round…. 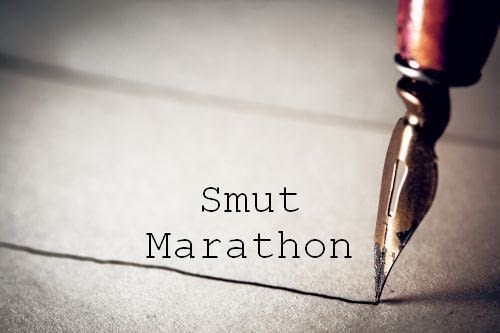