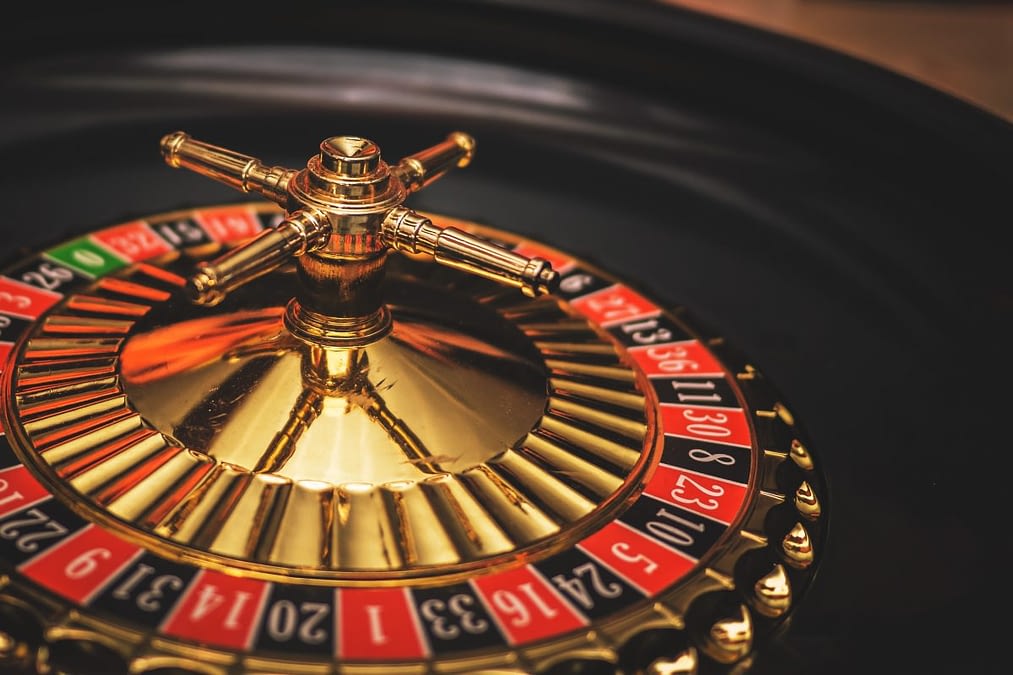 It’s roulette boys, but not as you know it

Black 23 is a combination that she recognises. It’s a fast pulsing pace from the machines at her front and rear, short, shallow thrusts juddering on her tongue and just inside her cunt, where she is most sensitive. This might be a winning bet.

It’s roulette, boys, but not as you know it. Every combination has a corresponding setting for the twin machines bracketing Tamika’s naked, sweat-glistened form. The players place their bets and the wheel begins to spin. A hush falls, tension and anticipation building in held breaths and crossed fingers. When the ball lands, the machines start up and the timer counts down as they shout their encouragement – to her, to Amon at the controls, to the bettor. If she makes it to orgasm before the timer runs out, then the players get a bonus.

“No cheating” Amon had chuckled when he strapped her down and slid the machines into position. She’d have supplied an affectionately profane response, but it’s difficult to be witty with a mouth full of silicone cock, so Tams contented herself with a curl of her lip and an eye roll. He’s monitoring her fitness tracker anyway, the spike of orgasm in her heart rate and blood pressure can’t be faked, even if she were tempted to try. She isn’t – that’s not the point of the game.

Nonetheless, she wears a heavy blindfold so there can be no favouritism for the players, even subconsciously. Denied the sight of their faces, Tams imagines instead. Blond City boys in pinstripes with gelled hair, their shirt collars unbuttoned and their ties askew. Burly bouncer types bulging from their suits, sunglasses pushed onto the tops of their shaven heads. Software geeks in hoodies and cargo pants. All of them avidly watching her being machine-fucked; mouths half-open and groins swelling. Sometimes she imagines that Amon has tricked her, that her mouth or cunt are full of hot flesh instead of warm silicone, that a fortunate winner has been given his chance to outperform the machines. Tamika arches her back in delight at the thought.

“Place your bets, gentlemen” calls Markus, and a hush descends. Tamika hears the clattering of the wheel and crosses her fingers for a vigorous pounding.

It’s a slow twirling, just enough to keep her pulse high but nowhere near the tempo she needs to propel her to climax. The crowd admires the tension in her sinews and outline of her taut muscles as Tamika rolls her hips against the achingly frustrating languor of the machines.

She yells her outrage, desperate to reach fulfilment, pleading incoherently for one of the players to deliver her from her torture, as they watch the spinning ball and silently pray for their payout. Will their number come up?

8 thoughts on “A Game of Chance”